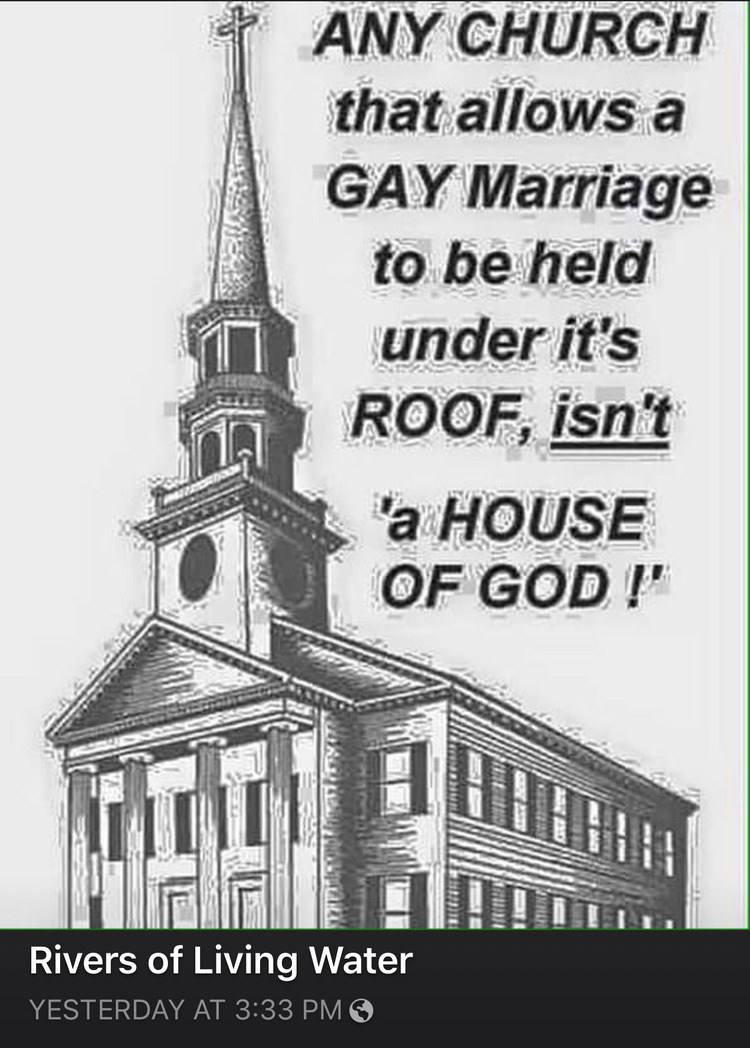 I was raised with a very punishing god.  He stood in line to punish me at every instance I did something wrong.  He wasn’t kind, he wasn’t benevolent, he wasn’t all caring and loving, he was punitive.  The god I knew about then had a “small g” because he wasn’t at all what I came to know about God, or my Higher Power.

In the beginning, God gave us the law to show us how to live; but we didn’t abide by that law and all of us would have been sentenced to death if God didn’t send his Son to save our souls.  God so loved us, in all our sin, he sent Jesus to take on our sins and fulfill the law in his Son.  He did not fulfill the law in a church but the church within the church; the church who really “got” what Jesus was giving out freely.

During His time on earth, he rarely set to dine with the finest of people.  He sat among the sinners.  In fact, its funny that the first miracle Jesus performed was at a wedding when he turned the water into wine and gave out the best alcohol after everyone was already drunk.  Jesus “cleared out the temples” with anger when he saw the Pharisees and the Sadducees bargaining for temple goods.  “My house should be a house of prayer, but you have made it a den of thieves.”  His anger was always righteous.

Let’s take a brief look at how the Old Testament tells us to live:   Take one wife, don’t have sex with angels, don’t have children out of wedlock, don’t shave your face, don’t wear jewelry, don’t see your father naked, don’t commit adultery, don’t go to fortunetellers, and so many other sins in the book of Leviticus.  But let’s look at what Jesus did on the cross.  He gave us two commandments, not ten.  1.  Love your God with all your heart.  2.  Love your neighbor as you love yourself.  I think those two laws that JESUS left us say it all.  We need, as human beings, to love each other in and out of our “sinful” ways.

Now, let’s take a look at that picture of the church.  I have to say, I would not attend a church who practiced exclusion rather than inclusion.  I could not practice at a church who was filled with hatred against a specific group of people.  Is it not so long that we can not remember that it was against “the law” to have an interracial marriage and how we looked down upon bi-racial children?  How about Jews marrying Gentiles?  Has it been so long that we can not look back and see from where we have come?  Why do you want to march back down that path again?

The church depicted above raises some very strong emotions in me.  First, it’s a group of people making a judgement call on morality.  I thought Jesus made all the judgement calls for Christianity.  If you were a true Christian, you would be a follower of Christ, not some arbitrary religion that some who like to call themselves Christians entertain.  This is the same thing that gives Christians a bad name.  I for one, will follow Christ, not what the “church” has deems righteous.  Keep in mind, there is a church inside the church, you just have to be careful which church you will stand for.

If you judge in one part of the law, you must judge all.  So, if you don’t want homosexuals to be married pick up your own cross and carry it to your own judgement.  Like what you may ask?  Well, the law tells us to marry one women, don’t have children with multiple partners, don’t shave your face, don’t wear jewelry, don’t marry a Gentile (if you are a Jew), don’t eat pork, don’t be drunk with wine, don’t have children out of wedlock, don’t murder, don’t get tattoos, and don’t keep the ten commandments.  To God, one sin is the same as another.  Pick your sin and I’ll show you my sin washed by the blood of Christ.