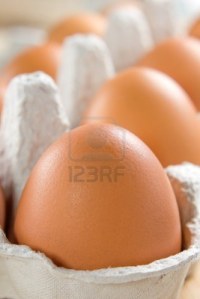 I don’t like brown eggs.  Eggs should be white with the “EB” stamp on them.  My father likes brown eggs.  He tells me they taste fresher; I don’t believe him when he says that.  Chickens lay white eggs; if they lay brown eggs the chickens are probably bad.  I don’t want to eat brown eggs from bad chickens.

I don’t like to go grocery shopping either.  Since I don’t like to shop for groceries, I usually go about once a month; which means I have two grocery carts full of groceries.   It takes me about 3 hours to shop for food.  I hate it and its a waste of time.  My husband likes to grocery shop.  He tells me its relaxing; I don’t believe him when he says that.  Pushing around two huge shopping carts loaded with groceries is not my idea of relaxing. 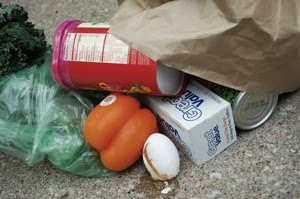 My children used to love washing the dogs…until they grew up.  They used to tell me how much fun it was to wash the dogs and get all wet.  I didn’t believe my children when they told me that.  The only time washing a dog is fun is when you actually take them to the groomer.

Washing a dog might be a little more tolerable if  you could do it this way….. 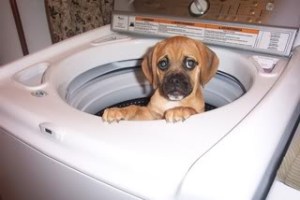 Why do people eat brown eggs?  I just can’t figure it out.

In the dance that is life, there are very few situations that I have control over; but in my distorted mind, I think I have control over everything.  If I were to be gut wrenching honest, I would probably tell you that I think I have control over the universe.  I don’t say that because I think I’m special, I say that because I think that if I line up the stars and the moon and put my right foot on the back of a chair and stick out my tongue while raising my hands, you’ll behave exactly as I think you should.  Of course the reality of that situation is far from the truth.

Most may not admit it, but I’d wager that more than a few have thought, “if only he/she would quit/start doing this or that, I’d be so much happier.”  Once that thought is entertained, a plan begins to formulate in the mind and without knowing it, we begin to manipulate the situation in an attempt to ease our discomfort by attempting to get someone else to do something that we think will make us (and perhaps them) happy.  In the long run, the other person doesn’t change and we become more resentful because others didn’t do what “we” thought they should do to make everyone concerned happy.  The result can be painful to both parties concerned.

I can’t make others change.  It is an impossibility.  I don’t want to make others change because who they are is what attracted me to them in the first place.  The only person I have any chance of changing is me.  I have an obligation to be the best “me” that I can be; so why not change things that I can instead of attempting to change things that I know I can not?  I am human, and there are times I still think, “if only he/she would….” but now I find myself stopping and asking myself, “would him changing really make me happy?”  The answer is almost always no.  I am the only one that can give myself long-term happiness; others can only give me moments of joy.

There are few diseases more devastating than the disease of alcoholism.  Forty-eight percent of people 12 and over drink alcohol in the United States but not all of them are alcoholics; only 18 million (8.5%) meet the medical criteria.  Of those 18 million who meet the criteria for being a real alcoholic it is estimated that each one affects at least 6 other people.

The disease of alcoholism takes root in the alcoholic but its tentacles reach out to all those that have a relationship with the alcoholic thus infecting all he/she touches.  Those that love the alcoholic react to everything the alcoholic does thus proving Sir Issac Newton’s theory that “every action has an opposite and equal reaction.”

The crazy thing about alcoholism is that it can make the person who is not the alcoholic in the relationship act crazier than the alcoholic.  Alcoholism can turn a sweet, lovely lady into a crazed lunatic without even taking a drink.  The disease of alcoholism can transform beauties into beasts, social butterflies into shy creatures caught in the depths of despair and church-going people into liars – all without one sip of alcohol.  What is worse is that the person affected often doesn’t realize how much power alcohol has over their life because they are not “the drinker.”

There is very little sympathy felt for the alcoholic because he does not have a “respectable” disease.  Telling an alcoholic to “just quit drinking” is the same as telling a cancer patient to “just quit having cancer.”  It is impossible for either to cure his own disease.  Every bit as much as the cancer patient wishes he didn’t have cancer; so the alcoholic wishes he didn’t have alcoholism.  Both would cure themselves if they could.

Since there is so little sympathy for the alcoholic, the person affected by this disease gets all sorts of advice by well-wishers.  “Why don’t you just leave him.  Why do you take that?  If I were you….”  and so it goes.  While most well-wishers have genuine concern, they are often ill equipped to understand a disease that consumes every waking moment for a person who lives with alcoholism. The advice becomes more critical and the disease moves underground; never speaking of it in public again.  Often the family begins to try to “cure” the alcoholic by offering up the same advice that the well wishers gave only with different words.  “You would quit if you loved me.  Don’t you care about your family?  You’re going to lose your job.  Why can’t you just quit…..”  and so it goes.

*I’ve used the term alcoholism, but any addiction can be substituted.

In a little while I’ll be leaving to attend the local Italian-American Heritage Festival.  For most Italians, it is a festival not to be  missed.  My mother loved going to the festival.  For her, it was an opportunity to meet up with a group of friends who would reminisce about the past.  While others were chowing down on pasta, meatballs, sauce, and other Italian dishes, the friends that my mother would meet up with rarely consumed such festival cuisine.  Why would they when some of the best Italian food ever tasted came directly from their kitchens.

Since I was privy to some of the best Italian food ever consumed by human beings, and since there is little else to do at the festival, I didn’t attend often.  I only attended when my mother couldn’t find anyone else to take her there.

Today, as I was thinking about attending the festival for the first time in what must be over 10 years, of course my thoughts turned to my mother.  I can see her face as her eyes would light up when she suddenly spotted someone in the crowd that she knew.  I can hear her telling me how “I” should know who they are, but in reality if I knew them I didn’t remember.  I remember her friends telling me, “I remember you when you were ‘this big'” and I’d smile just a second before the Italian (and hands) started to fly.  Today, I wondered if my mother thought of her own mother at the Italian-American Heritage Festival as she socialized with so many people.

I wonder, is it the connection to the not so distant past the draws so many people to the festival?  For Italians, it certainly can’t be the food!

My beloved computer has not been feeling well.

Naturally being the wonderful MotherBoard that I am, I rushed her right to the hospital.

She was in intensive care for what seemed like forever.  I didn’t know what to do.  Fortunately I had learned a previous lesson about making backup files; but even though I learned how, I was remiss in backing up ALL my files.  Sad to say, those are now gone forever.  The files lost were “unimportant” which is probably why I decided they could wait to be backed up; but now they are going to be a pain in the behind to re-do them.  Another life lesson learned.

Since my computer has been ill, I’ve had to relive the days when the US Mail was my friend. 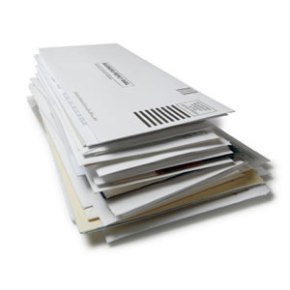 I don’t really care for the US Mail much anymore.  I have grown accustomed to the instant gratification of electronic bill pay and email.

Of course, while keeping a password keeper is very handy since each and every thing I do involves a password that has specific criteria different from all other passwords; it is best to keep it on more than one computer or at least make a hard copy of the list.  I didn’t do that.  Another valuable life lesson.

Life is slowly getting back to normal now.  My computer is feeling much better.  She connects me to the ever-changing world once again.

I am slowly beginning to re-build my computer life.  I am finding all my favorite places a little at a time, I am making new book marks.  I have decided to enjoy the journey again and leave bread crumbs along the way so I can easily find my way back.